How Many Beetles Do I Need for Skull Cleaning?

Flesh-eating beetles, or dermestids, are harmless creatures that eat flesh off animal carcasses, including those of humans. The larvae of dermestid beetles feed continuously until all that’s left is bone. This process is known as skeletonization and is often used by taxidermists, museum curators, and law enforcement to aid forensic work—the bugs can clear bones of flesh to expose evidence, which can be destroyed by harsh chemicals. Better yet, you can find bugs for sale via providers such as Kodiak Bones & Bugs Taxidermy!

A question often asked is: How many beetles do I need? Beetle larvae are just 12 millimeters long, but they can consume flesh quickly. When you are considering a large specimen such as an animal skull, an entire colony of insects is required. Here are some pointers to give you an idea of what you would need:

Beetle/larvae colonies can be shipped directly to the customer. They’re shipped in a sawdust-like medium. This material is called “frass” and is created by the insects themselves. It also provides insulation that provides a familiar environment while the beetles are in transit. Beetle eggs are contained within the package as well. Once they arrive, the bugs can start cleaning and reproducing.

Thanks to extensive testing, the beetles can be prepared for shipment with proper feeding and watering. If necessary, heat packs are placed in the package. Each is marked “Do Not Freeze” and “Perishable.” Part of the ethical taxidermy process is to help ensure colonies arrive at their destination in good shape. 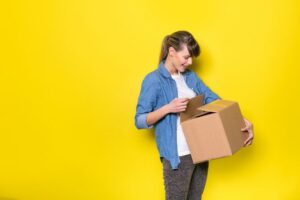 Kodiak Bones & Bugs Taxidermy accommodates various types of customers. We serve those looking to perform skull cleaning at their facility or who wish to send their specimens to us for processing. We’ve conducted extensive research into how many beetle larvae are needed for skeletonization. Research into the environment required to sustain a large beetle colony has helped us and our clientele too. The right conditions can help keep your dermestid beetles going in large numbers. Contact us to learn more about our bugs for sale and taxidermy services.